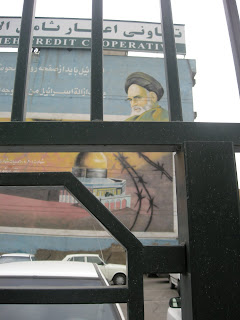 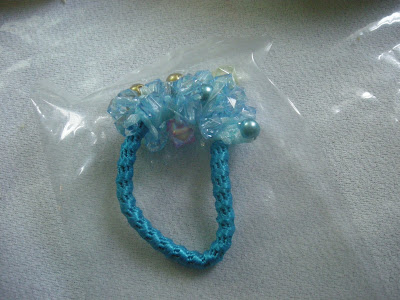 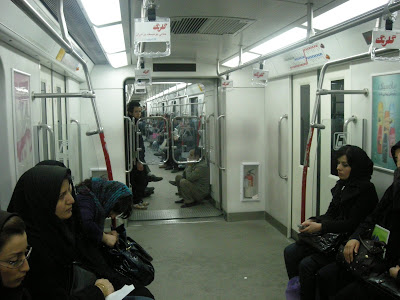 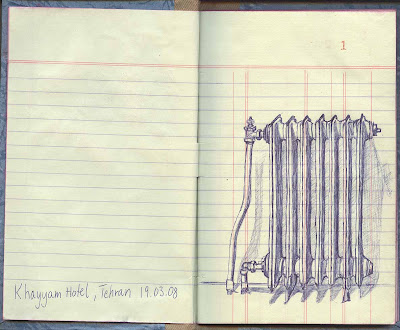 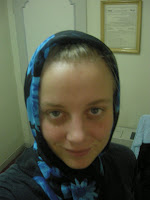 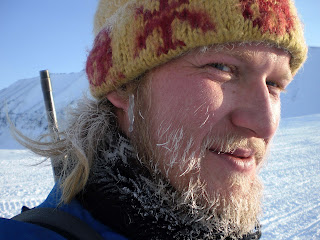 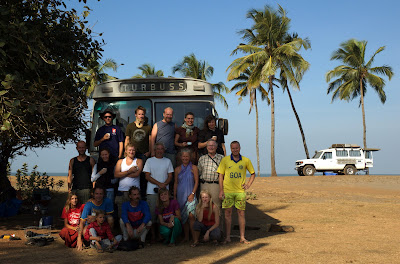 Yes, it was a while ago, but better late than never or whatever...
Group picture from Agonda beach in Goa; the beach with all the other overlanders - joining in on the picture is Morten's father, Knut, Sunshine from the US, a German overlander couple (their car in the background) and an Italian overlander family.
Posted by Cecilie Breivik Hansen ___on Monday, March 17, 2008 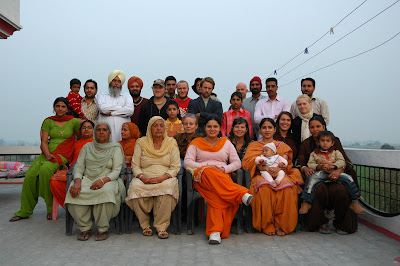 Manjinder's family at his uncle's farm outside Amritsar in Punjab, India. Manjinder is on the left side of the photo holding his nephew. Crew from the bus at the time was Maria, Martin, Morten, Guro, Ingrid, Torkild, Bjørn Kjetil, Øyvind and Cecilie.
Posted by Cecilie Breivik Hansen ___on Monday, March 17, 2008 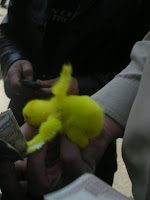 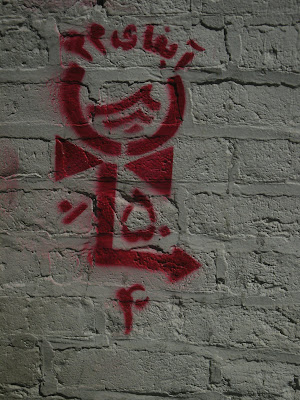 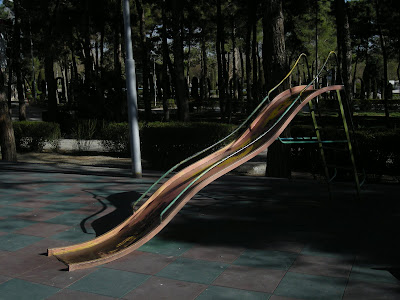 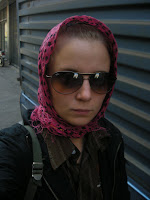 Just to let you all know; the bus has safely reached Iran today - they are now in Bam and will be driving on to Kerman and thereafter Yazd.
Posted by Cecilie Breivik Hansen ___on Saturday, March 15, 2008

Before I leave India, I want to write a quick note on the Bollywood experience of me and Torkild. As mentioned in an earlier post, Cecilie and I was strolling around Mumbay for a whole day in the hopes that an agent would discover us. Cecilie had even dressed up in a nice dress and put on some makeup. Ufortunately we saw no sign of anything at all recembling the glamour of Bollywood in Mumbay that day. With the possible exception of an expensive coffee place where we had some gigantic milkshakes, Mumbay felt anything BUT glamorous. No wonder perhaps, as more than half of the city's population lives in slums. Still Mumbay is one of those places that has everything of India in it; the grittyness, the poverty, dirt, animals, noice, pan stained pavements, rich kids strutting their stuff on the clubs dancefloors, men in suits with cellphones looking down to avoid the cow dung in the streets, and a thousand other things all seemingly existing on top of each other, within the exact same moment of time. No wonder a linear perception of time has not been working for these people. Anyway, back to the beginning: Bollywood.

The film Industry in India revolves around an area north Mumbay known as Film City. Though not the only place in India where films are shot, it's definatelly the most important, and well known. As Indian movie industry is (if possible) even more focused on the idea of beautiful people showing off on screen than the one coming out of Hollywood, this is the place to go to get a glimpse of the glamour of India's showbiz upper class. We thought. Well, unfortunately for Cecilie, Torkild and I were discovered on the streets the next day, when the rest of the bunch was already on their way to Udaipur.

The next morning I was trying to work out what it was about our style that made the agent choose us, when I realized by looking at the other people that this wasn't about style. It was about being white. Or actually, it was about not looking Indian. The collection of extras stuffed into a coach and shuffeled to the north of town that day where a mix of Europeans, Japanese, Africans, Americans, Australians and Israelis (of course) In short, anyone not Indian looking. But glamorous? As the day progressed I got the impression that this is actually one of the most important assets of Bollywood glamour; that is, anything or anyone not from India.

When we arrived on the set, we were given some horrendous costumes, and where told we were gonna be in a wedding scene. Although a definite nudge down from the original promise of disco dancing, I felt hopeful and excited as I pressed my feet into a pair of too small silver stilettos. To my surprise I managed to get from the costume department to the set without injury. At the set there was some action going on, cameras where rolling, and people where shouting "action", "silence" and the like. Nobody seemed to mind us, the extras. Actually, most people didn't seem to react to the shouting at all, there was no silence, that's for sure. We sat down in some chairs coverd in silk, a part of the wedding scene, and waited. At some points the cameras might have been directed towards us, I am not sure. A bit later a band started playing, I think the idea must have been to add the sound to the film later, because these people could NOT play.

Now, you might think I am attempting to write in a naivistic style here, making the story funnier or something. Well, you are wrong. They literally did not tell us anything at all, we just sat there. In the sun. For hours and hours. While some stuff was going on. There was a guy in a suit who was running after the bride, and then a secuity guard. There was the band. That was about it. The scenography looked like the real thing, like what they did at Manjinders wedding place in Punjab. Actually, it felt like being to a very boring, real wedding, waiting for the ceremony to begin.

After lunch we were placed in a garden, and given the task of taking one step forward as a dog ran past. We tried to do this as best we could, but had no idea where to focus or when to move. Oh well, I suppose we will be out of focus anyway. I think the guy standing in front of the dog, was some big Bollywood actor. The lunch was actually quite good. Dessert and all.

As you can see, the way the day progressed it seemed we were going from 'not glamourous by any standards" to even less glamorous than that. But when we were asked to be in another film, THIS time, a real disco scene, in a love-drama, what do you think we answered? Well, "yes" of course. The lure of the extra 500 rupis was too strong to handle. This time, the dress was slightly better, but the set ended up being more of a sleezy nightclub, than a discoteque. again the place was filled with people from all over the world (again apart from India) and with Russian, lightly dressed girls, dancing on stage. Some guys from Nigeria, dressed in dark leather clothes were talking to the main character for about 5 seconds, after which he stared intensely into the camera for 20 more. The rest of the scene was focused on the girls dancing, the rest of us in the background holding glasses of weeks old coke mixed with water. Pluss some pieces of potato chips floating around in it. No, we didn't even get a real drink.

when we were finally allowed to go, around 11pm, we realized that the other people. the ones who were not just tourists.... got twice our pay. Bastards.

I must say though, in all it's absurdity, the day was worth it. With 1000 rupis in the pocket we headed for some food and a beer.

The films we might be in are called: High Five and Heaven, in Hindi of course.
Posted by ping ___on Saturday, March 15, 2008

Short Update on Everything

Torkild and I are in Delhi now, after a superb trip to Tawang in Arunchal Pradesh, in north eastern India. More on that later. We have just spoken to the people on the bus, and want to inform everyone that all is well with them. They were not far from Lahore when the bombings took place yesterday, but did not hear about the attacs untill today. Reports are that the people of Pakistan are as friendly as ever, and spirits are high within the four, safe walls of Atilla the bus. The Indus river has just been crossed, and the bus is now moving north, towards Quetta. More updates shortly. Ingrid.

The bus has now entered Pakistan and will according to the plan be in Iran in a week's time or more. The crew consist of Guro, Morten, Martin, Maria og Bjørn Kjetil. They can be reached at BK's mobile which just got a brand new Pakistani sim card – a present from a traffic police officer... +923463707500.
Posted by Cecilie Breivik Hansen ___on Monday, March 10, 2008