Norway, your most expensive vacation destination ever

Two weeks have past since we left Telemark and Oslo and started our travels. Norway has proved a great place to be a tourist, with exception of the obvious facts mentioned in the title.

We have not yet s 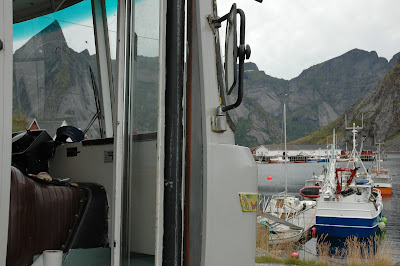 lept one night without a toilet and a shower accessible, and have been offered food, good stories and excellent company everywhere we`ve ventured. Lofoten and Hamnøy were fantastically beutiful with Lofotkaffe and Markus + Elin as excellent guides. After that we (at least some of us) went surfing (at least attempted to) in Unstad, before we headed to Tromsø and Karlsøy. The people, music, lavos and festivities of Karlsøya were - as always, pure bliss. We kept ourself busy helping out with the festival in different ways, building toilets, dancing and making food as well as establishing the "media-city" in the old school building that now fuction as the Karlsøy Festival`s heart and brain. The pirate-radio "Karlsøya Direkte i år igjen" broadcasted on FM 108 under the slogan "Creating a free space on the airwaves". Our editorial group consisted of local kids and came up with numerous creative jingles, interviews and reports about the festival, the island, free spaces in Europe (Ungern, Christiania, Köpi) as well as a deep plunging debate on the subject of the fishing industry in northern Norway. The festival newspaper "Geitehelvete" was put out daily by Andreas and Fredrik- a marvelous little fanzine with a 1977- punk- D.I.Y. -design. 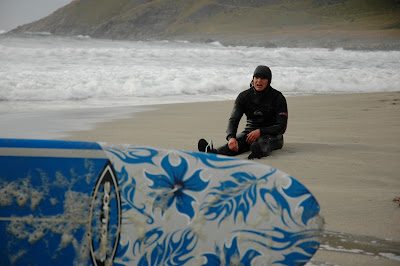 At present we are in Hammerfest, tidying up the bus and our heads before departure for Kirkenes and Russia tomorrow morning. Spirits are high in spite of a mild coughing and sneezing epidemic spreading rapidly among the crew. Finnmark is exotic and full of raindeer, fish and good people- the wievs from the bus windows are breathtaking. It`s high time we get out of this country before we turn into patriotic bastards.

A big thank you goes out to all the people who have helped us so far.
Posted by ping ___on Wednesday, August 15, 2007